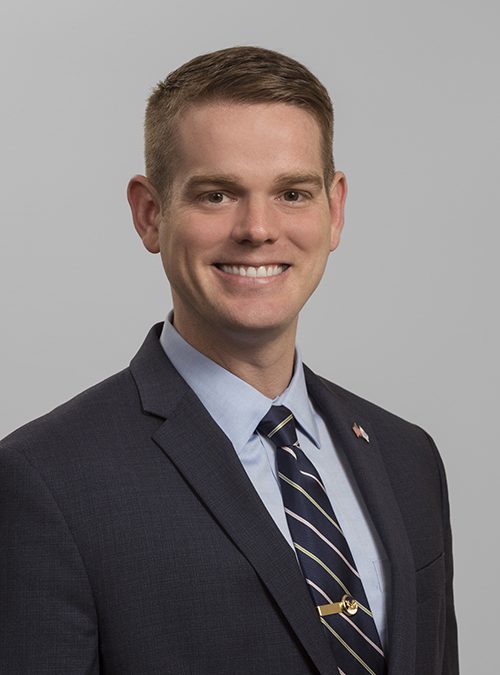 Thomas Harper has finished teaching two classes to the senior cadets of the Lehigh University Army ROTC program this week.  These cadets will be commissioned as 2nd Lieutenants in the Army in the spring, so their curriculum focuses on areas that will finalize their preparations to begin service as officers.

The first class was on the Law of Armed Conflict and its impact on how combat operations were conducted.  Cadets learned about the core principles of the law and then conducted a discussion of several scenes from films like Saving Private Ryan, which each presented unique Law of Armed Conflict issues.  The second class was on ethical decision making, which was designed to get the cadets used to tackling the wide variety of challenging issues they’ll face as officers.  The class was conducted as a round table discussion in which cadets worked through several scenarios, ranging from dealing with allegations of misconduct in the ranks to addressing possible misconduct by a peer.

He will be back at Lehigh in November to speak to the junior cadets about the JAG Corps.

As the son of two public school teachers, Thomas has a zeal for teaching about the law.  He has also authored several published articles including recently winning the PA Bar Association’s Fiction Contest and is an experienced speaker on legal topics.

Thomas is a Major in the U.S. Army JAG Corp (Army Reserves) and is a member of the Veterans & Military Council Business Initiative of the Greater Lehigh Valley Chamber of Commerce. 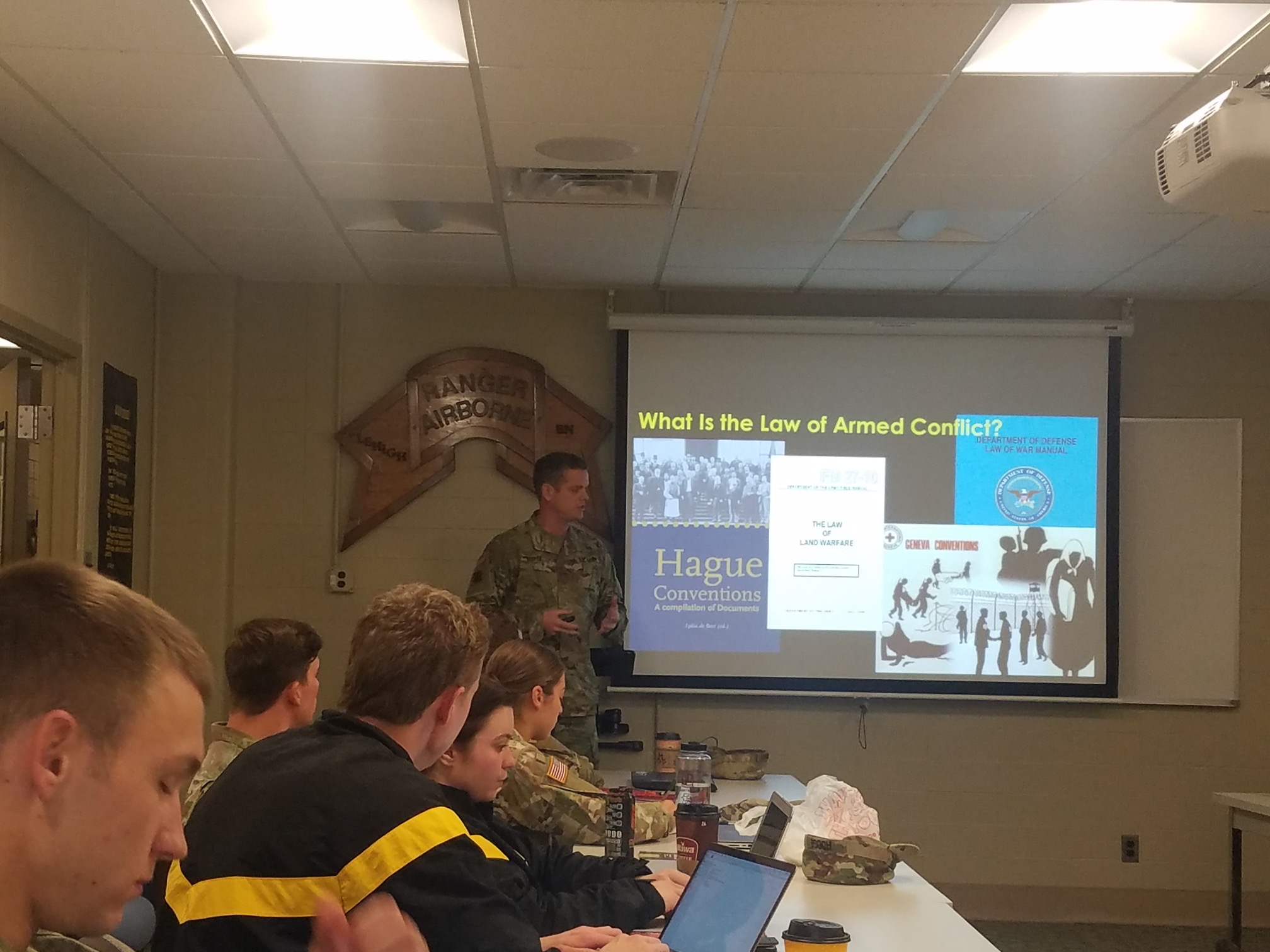 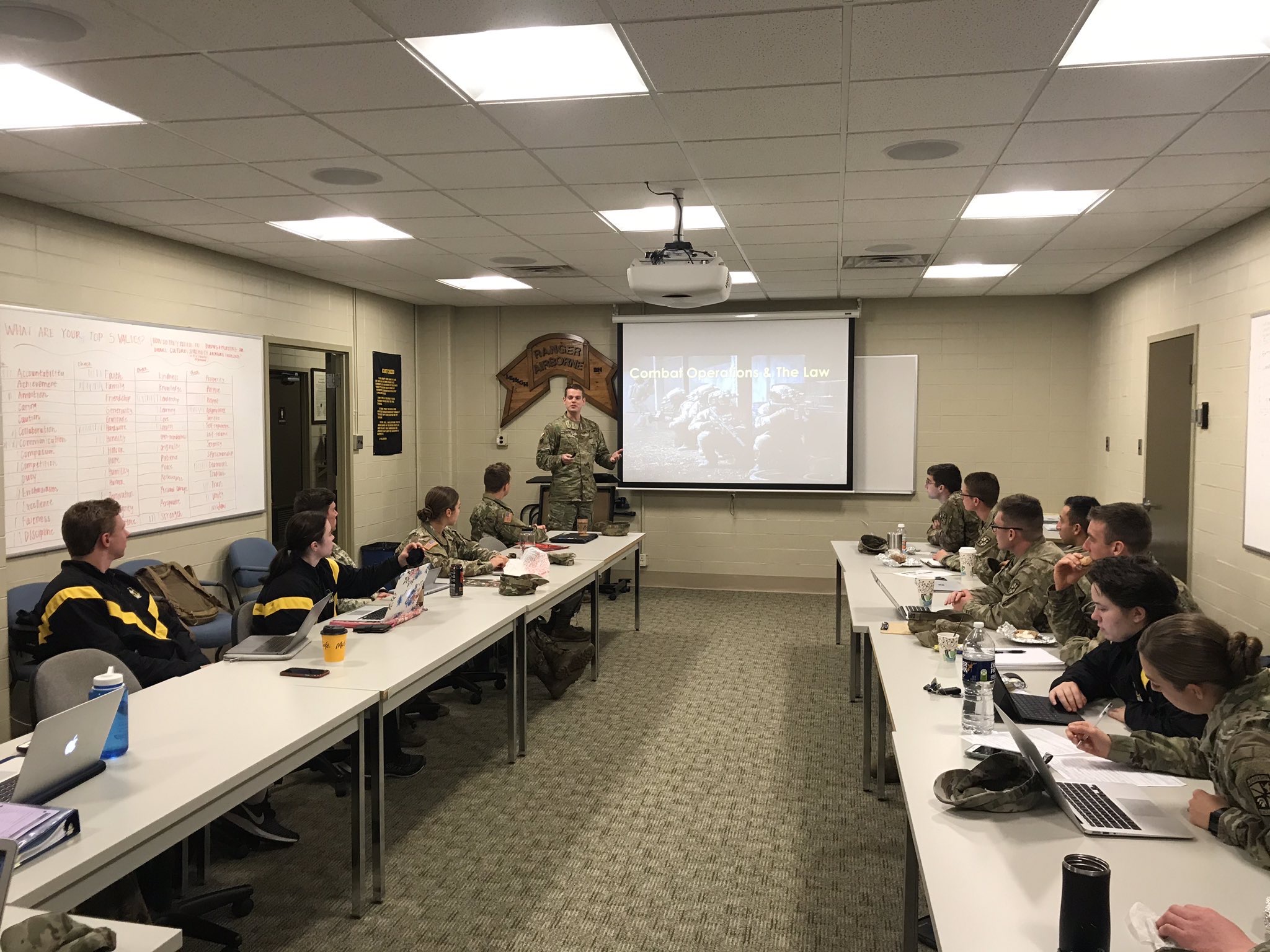