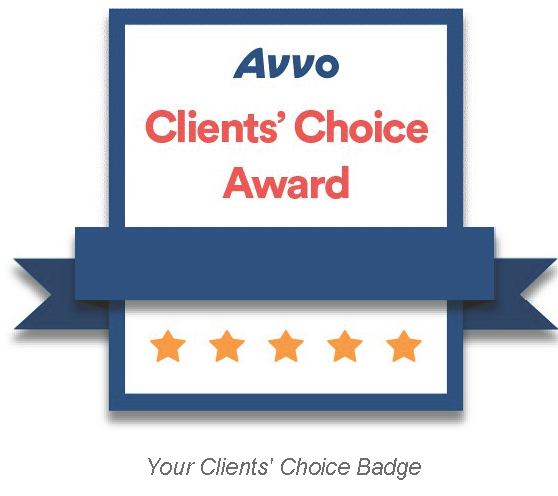 Richard S. Roberts, Jr. is an associate and experienced trial attorney who concentrates his legal practice in criminal defense along with civil litigation and arbitration, land use, municipal law, as well as zoning and real estate transactions.  Rich also handles cases involving Children and Youth Services (also known as CYS).

Rich came to Zator Law after years of honing his courtroom skills as a defense attorney practicing in Harrisburg.  While in Harrisburg, he represented clients in jury trials and bench trials throughout Pennsylvania. Beyond his trial experience he has a passion for writing and has written briefs to both the Superior Court and Commonwealth Court including arguing in front of the same. Two of the cases he argued before those Courts resulted in published opinions, Commonwealth v. Barnes, 167 A.3d 100 (Pa.Super. 2017) (en banc) and R.W. v. Dep’t of Human Servs., 128 A.3d 839 (Pa.Cmwlth. 2015).

Rich co-authored “PBT’s for Drugs: Oral Fluid Collection Devices”, Voice for the Defense, (April 2014), a commentary addressing oral fluid roadside collection and the current scientific limitations of oral fluid collection devices.  He also recently co-authored “Changing Demographics and How We Can Respond, Part One” for At Issue (August 2018), a publication by and for the Young Lawyers Division of the Pennsylvania Bar Association, which discusses the under-representation of the Hispanic population in the legal community.   “Changing Demographics and How We Can Respond, Part Two” for At Issue was published in November, 2018.

For more about Rich, please scroll down or download his brochure below.

Rich also is a passionate, experienced and frequent seminar speaker on various topics surrounding the civil rights of individuals and institutions including the Second Amendment, First Amendment along with the rights of religious organizations and institutions.

Whether it is through teaching, writing or litigation Richard fights for his clients and citizens every day to ensure their civil rights and liberties are protected and defended.

Rich is a Lehigh Valley native who resides in Allentown with his family.

“Rich worked efficiently to get my case taken care of & closed out.  A down-to-earth attorney.”

Hiring this attorney proved to make all the difference

“After a terrible experience w/ the first attorney, hiring this attorney proved to make all the difference in my case. Don’t make the same mistake. You can’t afford to not have Richard Roberts as your attorney right from the very beginning. No matter what your legal situation is, feel confident his honestly, zealous dedication and extensive knowledge of the law will be there when you need it most. Like myself, I never thought I would need to hire an attorney. The “it won’t happen to me,” happens! There’s no need to shop around when the best is right here to hire. You will be very satisfied and grateful.”

During a time of vulnerability... Mr. Roberts is the best attorney you could ask for

“Before hiring Mr. Roberts my family was being drug through the mud with child protective services. After hiring Mr Roberts we are now able to stand and pull back. If you need an attorney that isnt afraid to stand and fight for you and your family especially during a time of vulnerability to child protective services i can honestly say Mr. Roberts is the best attorney you could ask for. If i could go back and change one thing, i would have hired him on day ONE. Be informed and know your rights. Do not try to fight them alone. ”

“’I’m so happy! Rich was so dedicated to my case and my family! He is very smart and Knowledgeable. His kindness and patience is admirable. We were comforted by his extraordinary skills he has in Law. He always made himself available to us for advice or any support we needed. The icing on the cake was….He won our case! Now we rehired him for another case! He has our trust, respect, and appreciation forever! Thanks so much Richard and The Zator Law Family!”

“Attorney Roberts defended me at my preliminary hearing for a DUI/DWI and did a great job! The questions he asked were thorough and required detailed answers. He did not just sit there and accept what the prosecution was saying. I feel as though he did a great job in defending me.”

Best Outcome for me

“My experience with Richard Sherwood Roberts Jr. I would say was very easy going as well as communication and It was clear he was focused on having the best outcome for me.”

“Attorney Roberts is outstanding. He got me out of a very sticky situation regarding an ARD violation in regards to a DUI. Due to Attorney Roberts legal acumen, I was given a successful discharge and have no record of every having committed a crime.”

Helped me get my life back!

“Richard Roberts helped me get my life back. I was facing a very serious Felony charge. It was a terrible mistake and really just an unfortunate incident. Richard Roberts worked very hard so that I would ultimately have no permanent criminal record. I was in jeopardy of losing my career, my home, everything I had worked a lifetime to achieve. I will never be able to thank Attorney Roberts enough for helping through the most difficult time of my life. If you are in need of a hard working criminal defense attorney I would highly recommend Richard Roberts.”

“I am STILL a CDL licensed driver thanks in large part to attorney Roberts. I was involved in a DUI related matter where I would have lost my career and lively hood. However, I chose atty. Roberts to represent my case which he fought long and hard for. He listened to me about my personal life and how this could affect my children as well as an extensive unfavorable criminal past. Although he made no promises as to the eventual outcome he promised to fight hard and allowed me to weigh in on my options. I walked out that courtroom with results better than we both expected.  I am forever grateful for your sincerity, professionalism and sense of humor during a stressful time in my life. ”

“Happy with the results of my case. He stayed in contact with me and broke everything down to me on level I could understand”

Looking for An Awesome Attorney to Represent You? Attorney Richard Sherwood Roberts Jr. is who you want.

“Attorney Roberts is a very caring, knowledgeable and professional lawyer. He has shown me he does not mind going above and beyond to make sure i stay a free man. He was the only attorney that showed me he had faith in me winning my case. Attorney Roberts was always up front and explained everything in detail to me. I am so thankful that God placed such an amazing attorney in my path. I would highly recommend Attorney Roberts for any legal needs like Criminal defense, DUI and DWI, Appeals, Domestics you may have coming up. Thank you Attorney Roberts! ”

A Lawyer who will never stop fighting

“I hired Richard when I was charged with 7 serious felony charges. From day one he worked harder than any other lawyer I’ve seen. He fought everything and everyone, judges, DAs, everyone. I was always taught the measure of a man isn’t whether or not he gets knocked down but what does he do when he gets back up.  There were set backs and losses… however, Richard never ever stopped fighting.  In the end the DA finally realized they couldn’t win and Richard wouldn’t stop. They dropped the case. They dropped every single felony. It was one of the happiest days of my life, and I will be forever grateful and thankful to Richard and everything he did for me.  Richard was an amazing lawyer. He kept me informed what was going on and talked to me about the law. I wouldn’t be home with my family today without his efforts. If you need a lawyer whether your case is serious or simple hire Richard, he will not let you down.”

“I was totally amazed at how quickly and smartly Richard fond that there was no evidence on the behalf of the trooper. I was totally one hundred percent happy with his performance and the job he did for me.”

“Mr Roberts defended Mr. Culver to the up most of his ability. We thank him for following through this case from beginning to end. Thank you for helping get our lives back. Thank you for fighting!”

“My son was arrested and charged with DUI … a devastating experience. There is the cost of the fines and loss of your driver’s license. There is the chance of losing your job and having to pay exorbitant insurance costs. this is not an experience that you should go through without experienced and highly qualified legal advice. Through out the whole experience Rich made me and my family feel that they cared about us and our plight.  I would rate Rich outstanding in every aspect of the case. From his strategy to present the case, his tremendous skill to cross examine the witnesses for the Commonwealth, and his excellent oratory skills during closing arguments. His strategy, cross examination and oratory skills got my son a complete not guilty in fifteen minutes! I will recommend friends and family who may need excellent legal representation to hire Rich. Outstanding Rich!”

“I am very happy with Richard Roberts. He did a great job during my trial and got me a complete not guilty verdict. He saved my life and job. I will definitely use him in the future and recommend him highly to anyone looking for an unbelievable defense attorney.”

“After our consultation, he gave me worst case scenario. Never did he tell me everything is going to be ok. I appreciated his comments. During our first hearing he questioned the arresting officer. What we came to find out is that everything the officer charged me with was all wrong. There wasn’t one thing the arresting officer did correctly. Attorney Roberts brought this to the attention of the DA. The DA even questioned the officer if he knows how to read blood results from a lab. Even with all this good news coming my way, Attorney Roberts still didn’t give me a promise of a better tomorrow. We went before the judge and had my case continued so the cop may have the chance to amend his charges. We packed up our things started to leave and the other defendants began asking for his card. They saw how good he was with my case and wanted the same representation for themselves. In the end the charges were thrown out. I am very grateful I had Attorney Roberts representing me. Thanks Again!!”

“Very professional and helpful with my case. He exceeded my expectations on how dedicated he was in my case. I know I made the right choice and I would recommend him to everyone.”

“Yesterday Richard Roberts was amazing he help me get a DUI drop and help me prove that the State trooper VIOLATED my civil rights.  I truly would recommend him to anybody thanks Richard Roberts for everything”

The Pennsylvania Supreme Court recently decided the case of Commonwealth v. Rawls. The court answered the question of whether law enforcement violated the accused’s Sixth Amendment rights when, although issuing Miranda warnings, the officers failed to inform Mr. Rawls...

END_OF_DOCUMENT_TOKEN_TO_BE_REPLACED

Check out Richard Roberts, Jr. on Mike G in the morning discussing his passion – Criminal Defense!...