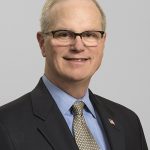 Joseph A Zator II was awarded the NESA Outstanding Eagle Scout Award at the Minsi Trails Council Court of Honor and Recognition Dinner held at DeSales University on May 21, 2019.   Joe also served as the Keynote Speaker for the event.  Scouting has played a major role in Joe’s life.  He achieved the rank of Eagle Scout while a member of Boy Scout Troop 52 (which is now Troop 352) of the Minsi Trails Council.  He also guided and nurtured his two sons throughout their own scouting careers as one reach the rank of Life Scout and the other Eagle Scout.  Participating in planning, hiking, camping, sports, Boards of Review, Courts of Honor, and general good fun with their Club and Boy Scout Troops over the years was a way for Joe to communicate and share the ideals and values he himself learned while scouting.

The NESA Outstanding Eagle Scout Award (NOESA) was established during the BSA’s 100th Anniversary in 2010 with the first recipient to receive the award a year later. The award was created to recognize notable Eagle Scouts who had either performed distinguished service at the local, state, or regional level or who were known nationally, but had not yet met the 25-year tenure as an Eagle for the Distinguished Eagle Scout Award. Often, worthy candidates for the NOESA have inspired others through their actions and have devoted a lifetime to their profession, avocation, community, and beliefs, at great sacrifice to themselves and their families.The NOESA has gained prominent standing among Scouting recognitions. Previous recipients include famous authors, explorers, television personalities, military flag officers, scientists, government officials, and prominent businessmen. The selection of recipients is made by the local council NESA committee (which may utilize a NESA awards sub-committee), Scout executive, and council president. Each recipient’s actions and accomplishments should elevate the stature of Eagle Scouts in the public eye. Therefore, not all nominations are acted upon, and a substantial percentage of nominations are declined.

Once an Eagle, always an Eagle. 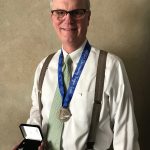 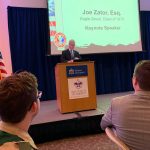 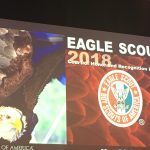 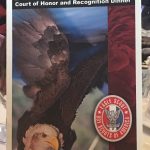