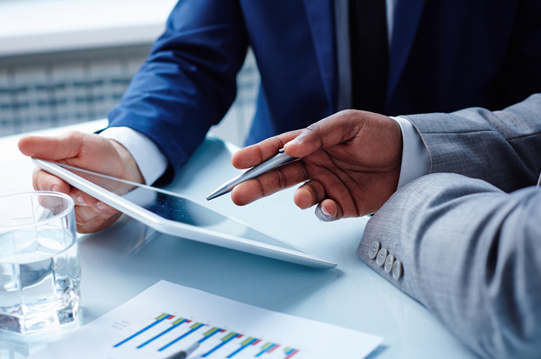 Paul North – who is a Professional Engineer licensed in Pennsylvania as well as a lawyer – recently assisted a local business obtain a PennDOT Highway Occupancy Permit (often referred to as a “HOP”).  The client purchased the site of a former business and proposed upgrading the old existing gravel driveway connecting a major highway (PA Route 309) by regrading, widening, and repaving it to support a new operation with a modest increase in traffic volume.  However, PennDOT was reluctant to issue the necessary HOP because of insufficient sight distances for drivers attempting to make left turns into and out of the driveway caused by an adjoining hill in the road.

PennDOT wanted the client to explore alternatives to upgrading the existing driveway, such as constructing a new driveway across adjoining land owned by others on each side and to the rear.  However, with Paul’s guidance the client and its engineer demonstrated to PennDOT that those adjoining landowners were unwilling to have a driveway for another property across their land.  Further, the topography would have caused those alternative driveways to be extremely long and prohibitively expensive, costing more than the client’s property is worth!  Other alternatives were suggested, such as installing concrete ‘islands’ at the driveway to guide all exiting traffic to make a right turn.

In the end, PennDOT agreed to issue the HOP based on the original proposal with the addition of several “NO LEFT TURN” and “ALL TRAFFIC MUST TURN RIGHT” signs.  The construction work was recently completed so the client could continue to expand its business, and the HOP was recorded as an asset to the property.

If you have a question or problem relating to driveway or road access to a PennDOT highway, feel free to reach out to Paul for a no-obligation discussion of your challenge to see if Paul can help you too.