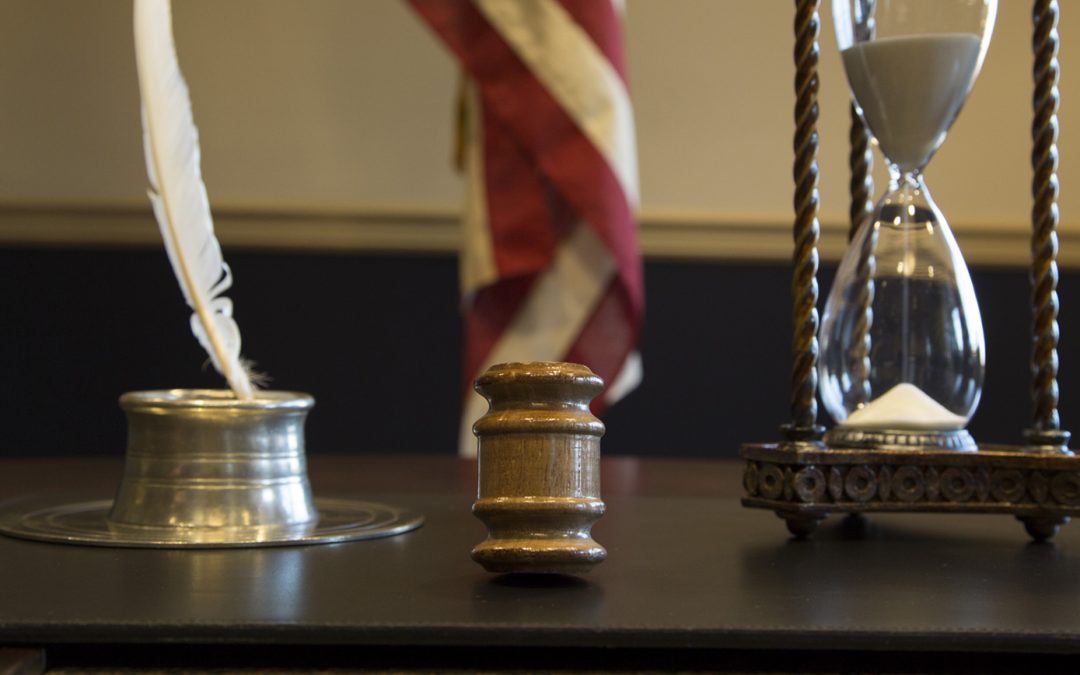 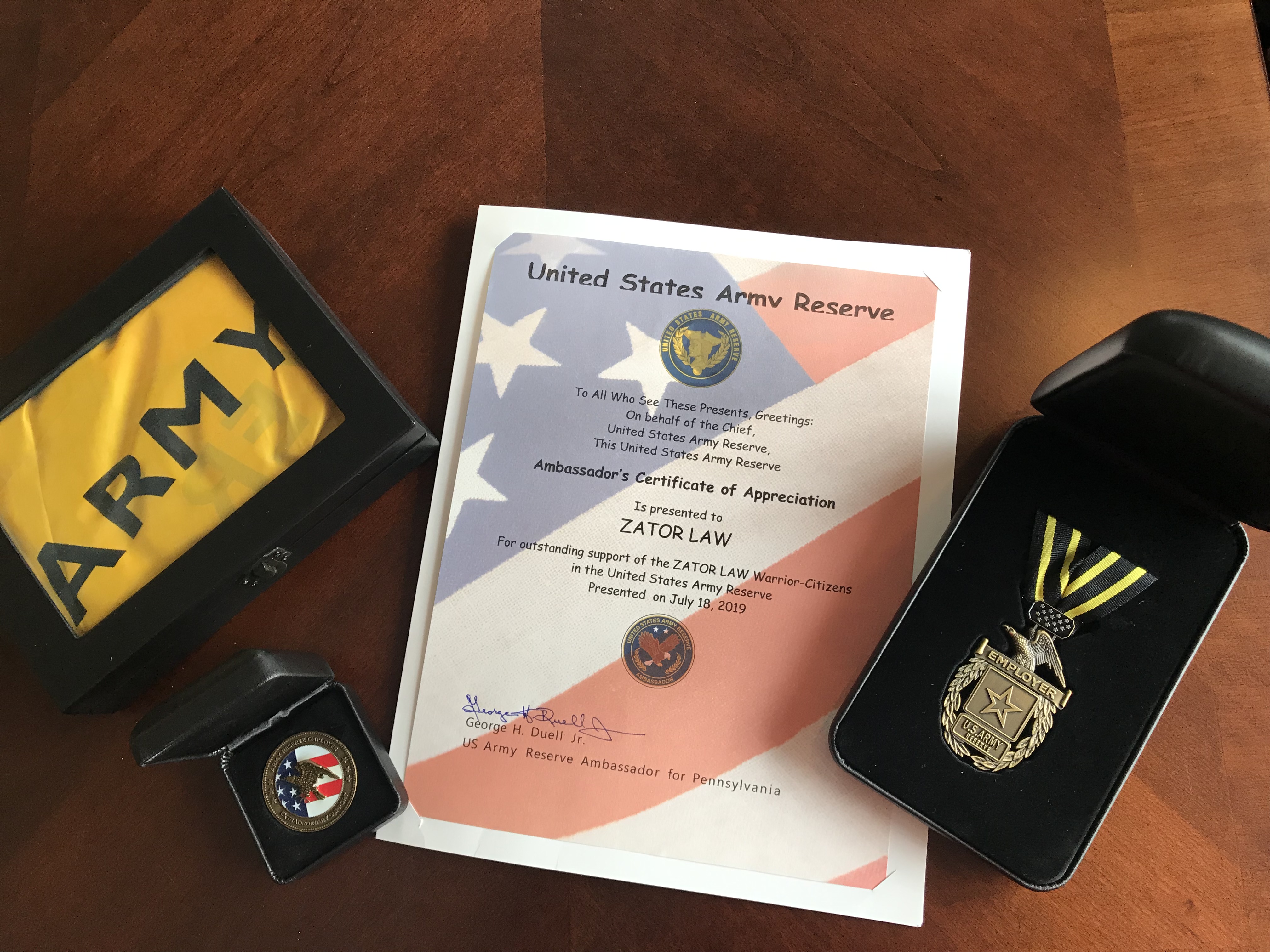 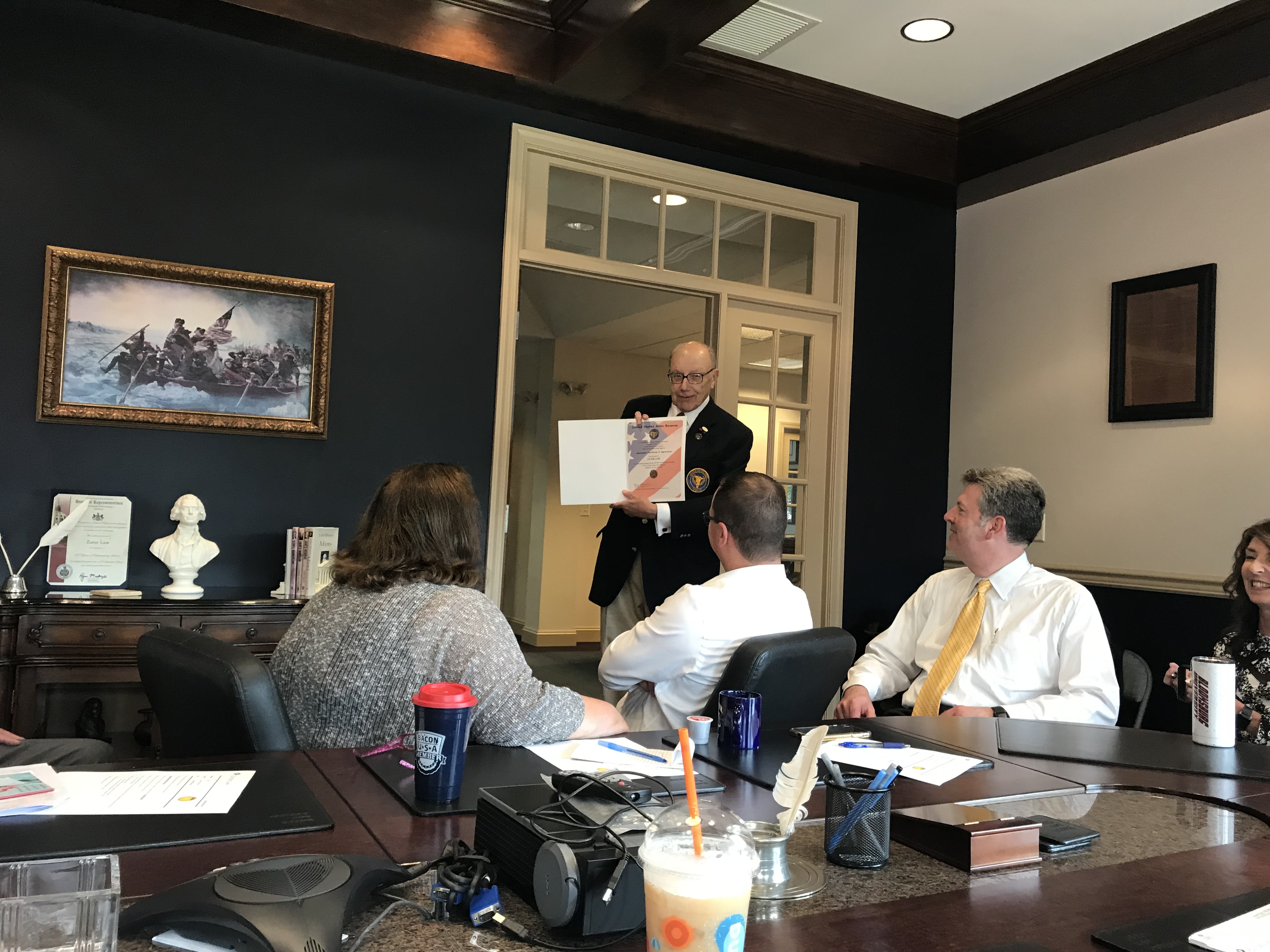 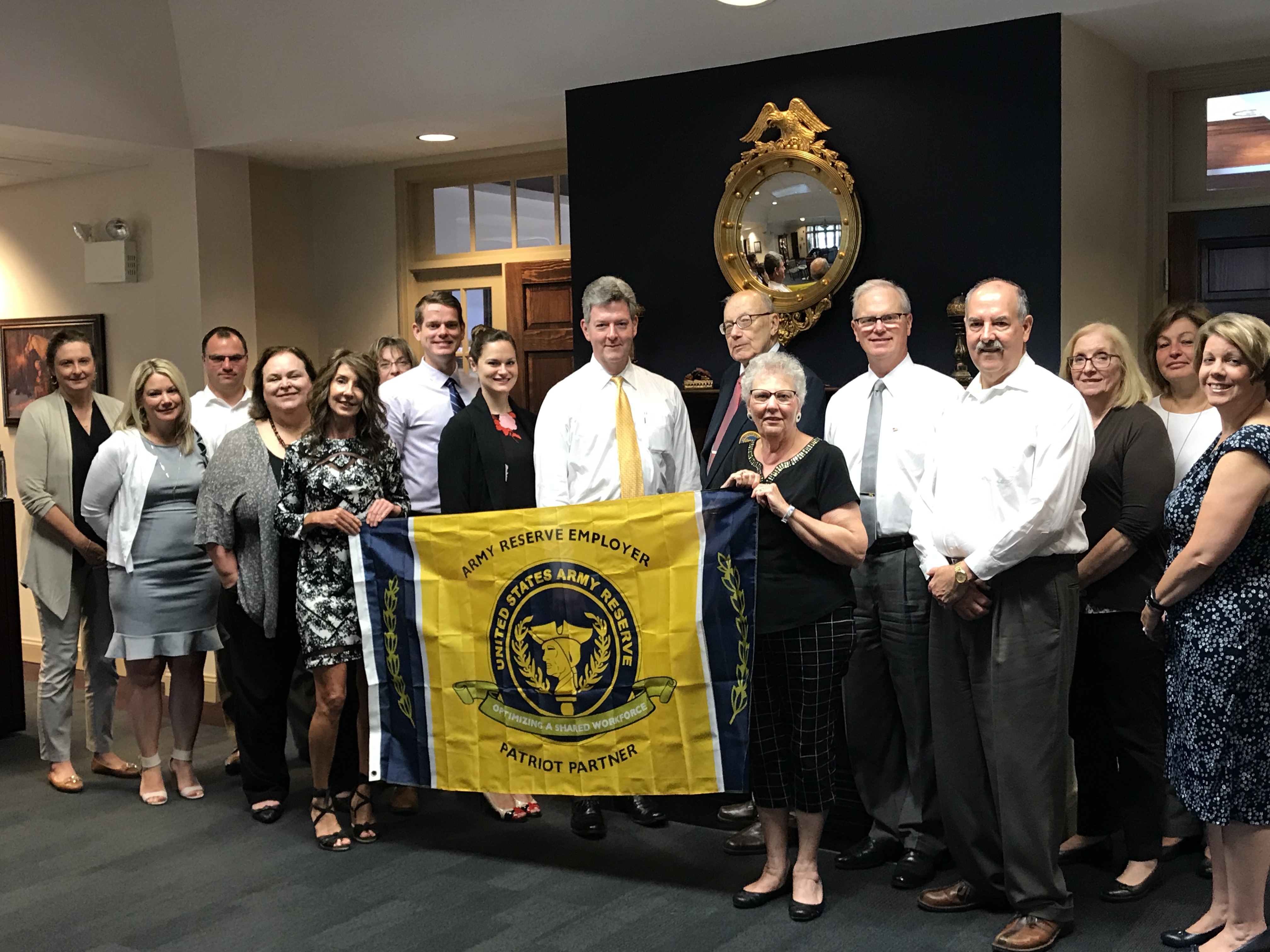 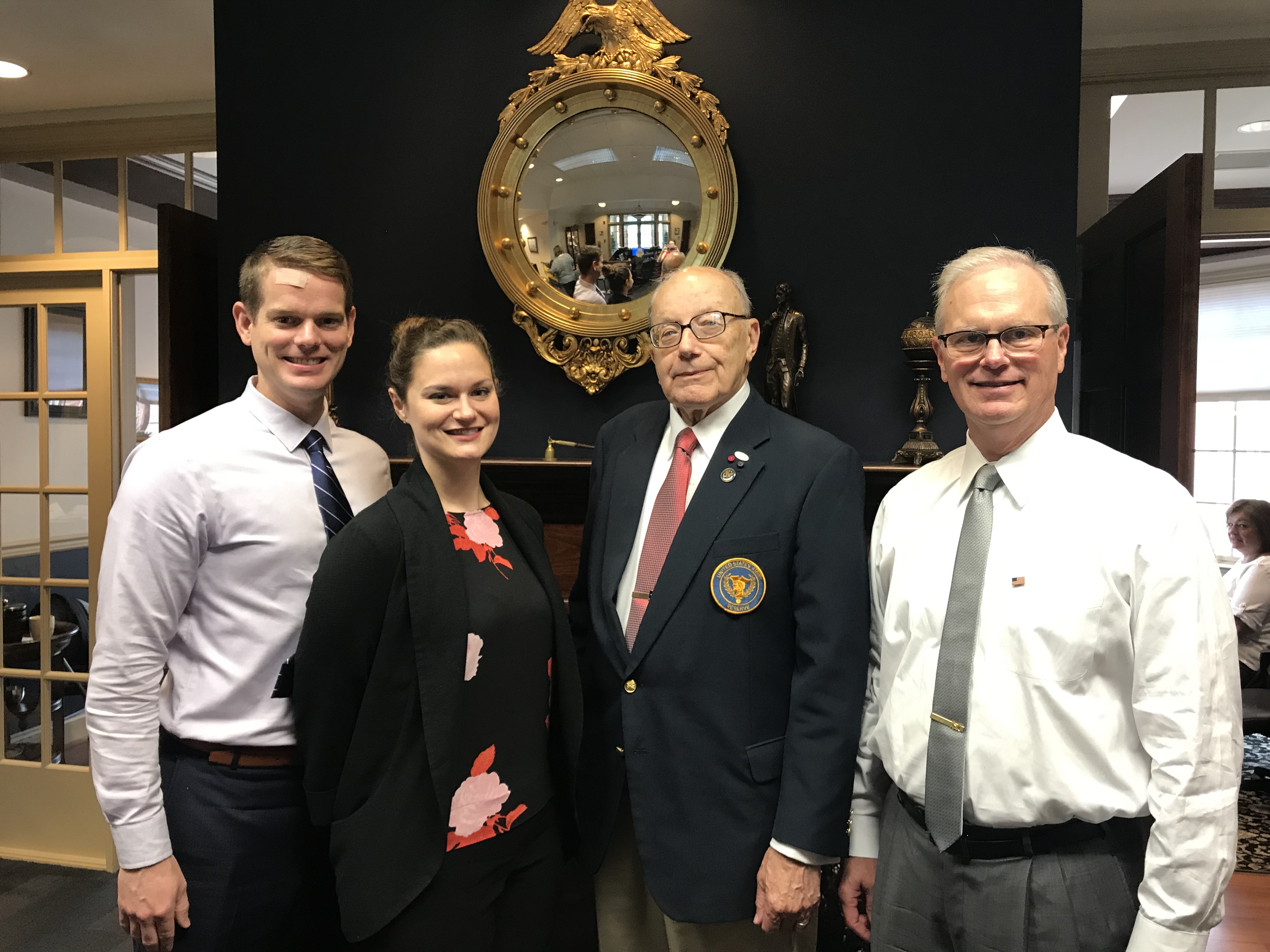 Zator Law continues to support the members of our military and their families within our office and in the community as part of our mission statement and commitment to citizenship and community service . Thank you George H. Duell, Jr., Army Reserve Ambassador and the Office of the Chief, U.S. Army Reserve for this Honor.